Powerful preaching, uplifting music, and sharing the Lord’s Supper – all in one room as thousands of Disciples worship God together!

We look forward to exploring our theme text from the Gospel of John.

“I am the true vine, and my Father is the vinegrower. He removes every branch in me that bears no fruit. Every branch that bears fruit he prunes to make it bear more fruit. You have already been cleansed by the word that I have spoken to you. Abide in me as I abide in you. Just as the branch cannot bear fruit by itself unless it abides in the vine, neither can you unless you abide in me. I am the vine, you are the branches. Those who abide in me and I in them bear much fruit, because apart from me you can do nothing.” – John 15:1-5

If you’d like to participate in the All Assembly Choir, there are local rehearsals as well as several during the General Assembly itself.

And make sure you are in the arena in time for our Saturday opening ceremony at 1:30 pm!

More about our communion table

List of those who passed to new life April 1, 2017 to March 31, 2019
(provided by the Pension Fund) originally shown during worship on Sunday evening. The video scroll is also available on the worship streaming site. 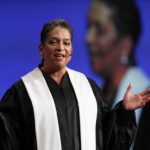 Rev. Nancy Gowler was selected to preach at the Sunday worship service from the worship committee’s call for sermons in 2018. 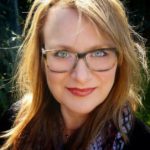 Ruben del Pilar is a second generation pastor, coming from a long line of Pastors and lay leaders beginning with his parents who established the first Hispanic Disciples of Christ Church in California in which they pastored for 39 years. With this lineage, and a praying family, Ruben was destined to do great things for the Lord.

Growing up in that atmosphere and being around great leaders and individuals it began to mold Ruben’s character into the person that he is today. At the age of 21, Ruben began working extensively with young people and since that time 20 years later, he has ministered to thousands of young people throughout the US and Mexico.

Ruben served as youth pastor for the Pacific Southwest Region for the Hispanic Convention for 6 years, and he also served on the board for the National Hispanic Youth for the Disciples of Christ. He has traveled extensively as a lecturer and preacher for various youth and church conferences in and around the US and Mexico.

In 2011 Ruben completed his musical production entitled “In Your Presence” in which he expresses what the Lord has done in his life.

Ruben attended Biola University with an emphasis on Music in Worship.

In 2015, Ruben along with his wife Cindy and two children Jacob and Nerissa, planted Community Worship Center a Multi-Ethnic church in the city of Gardena where they serve as Senior Pastors. Their desire is to see Families and their community transformed by the Gospel of Jesus Christ, one person at a time. 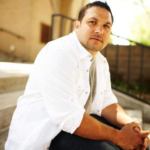 Celebration of the Merger and Design

Rev. Dr. Cynthia L. Hale is the founder and Senior Pastor of the Ray of Hope Christian Church in Decatur, Georgia. A native of Roanoke, Virginia, Dr. Hale received a Bachelor of Arts in music from Hollins University; a Master of Divinity degree from Duke University; and a Doctor of Ministry degree from United Theological Seminary. She holds five honorary Doctorates of Divinity and an honorary Doctor of Law degree. Her vision and leadership led her to establish two ministries; Elah Pastoral Ministries, Inc. and the Women in Ministry Conference, Inc.

Rev. Mark Briley is a third generation Disciples of Christ minister and holds a Master of Divinity degree from Christian Theological Seminary in Indianapolis. He is leader of the staff team, casting vision with the people of the Harvard Avenue Christian Church in Tulsa, and joining our spiritual leaders in caring for the needs of our people. Mark serves the denomination as a member of the Week of Compassion Advisory Committee and on the leadership team of the Bethany Fellows. 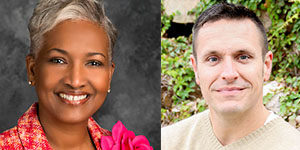 Recipient of a MacArthur Genius Grant in 2018, Rev. Barber founded Repairers of the Breach, a national leadership development organization, in 2014 to expand upon the Moral Monday movement, and in 2017, he and colleagues launched a revival of the 1968 Poor People’s Campaign that was originally spearheaded by Dr. Martin Luther King Jr. and many others. Merging moral and activist traditions, Barber is providing a faith-based framework for action that strengthens civic engagement and inspires the country to imagine a more humane society.

William J. Barber II received a B.A. (1985) from North Carolina Central University, an M.Div. (1989) from Duke University, and a D.Min. (2003) from Drew University. From 2006 to 2017, Barber was president of the North Carolina chapter of the NAACP and he has been a member of the national board of the NAACP since 2005. He is also a distinguished visiting professor at Union Theological Seminary. Barber’s publications include the co-authored books Forward Together: A Moral Message for the Nation (2014), The Third Reconstruction: Moral Mondays, Fusion Politics, and the Rise of a New Justice Movement (2016), and Revive Us Again: Vision and Action in Moral Organizing (2018), and he is a contributing op-ed writer for The New York Times, CNN, MSNBC and The Washington Post.